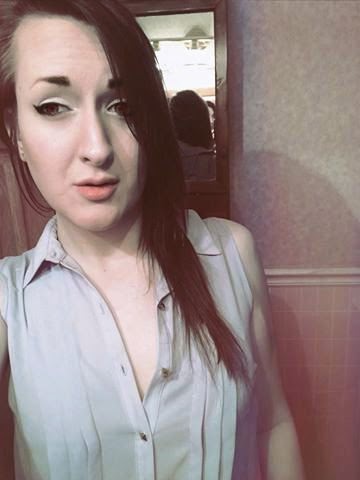 Monika: Today it is my pleasure and honour to interview Andi Dier, an American young woman, transgender activist from New York. Hello Andi!
Andi: Hey there, I don’t really feel like I do enough to call myself an “activist.”
Monika: Could you say a few words about yourself?
Andi: Sure, I mean, I’m still young so I don’t have much to show. But I’m an advocate who prides herself on speaking from a place based mostly on observation and reason. I’m a soon-to-be physics student, so it’s only natural.
Monika: We are having the interview in the middle of the media outcry caused by the employees of The Irish Times Pub and Restaurant in Holbrook who in your view bruskly removed you from the premise, using transphobic slurs? Are you still angry with the treatment you got?
Andi: Absolutely. At first I was just pissed that I couldn’t get into a pub with my own ID. But now I sincerely believe I wasn’t let in because I’m transgender. They had no right to misgender me. They had no right to touch me or use aggressive physical assault against a young girl less than half their size. Most of all, they knew their position of power and used it to humiliate me. Unfortunately not a first for me.

Monika: Have you ever faced any acts of discrimination before?
Andi: I’ve faced it on more of a microscale. Not something like this, however.
Monika: Are you satisfied with the way you are being portrayed by the media?
Andi: By most outlets, yes. Cathy Brennan’s propaganda hate group website “Gender Identity Watch” is a different story. They misgender us for fun.
Monika: What should be done in order to stop transphobic acts?
Andi: Oh, wow, that’s a long laundry list of things. Most transphobia stems from misplaced homophobia. It always comes down to education. You know what the most effective measure would be? A mandate to teach about gender identities in health class. Of course, this would be “controversial.”
Our school systems ignore us, they’re how most of us get an idea about the world, by doing so they’ve institutionalized transphobia. But we are a fact of human biology. We exist.
Monika: What is your general view on transgender stories or characters which have been featured in films, newspapers or books so far?
Andi: Ugh, fucking terrible. Trans people are largely represented through the eyes of cis people. Our lives of pain and violence are ignored until they become convenient for their comedic relief characters. Don’t get me started on cis people playing trans roles.

Monika: At that time of your transition, did you have any transgender role models that you followed?
Andi: It’s difficult to pinpoint when I started transitioning. I’ve only started dressing 24/7 a week after I lost my job in the beginning of September. That’s when things started snowballing for me. But I’ve been on hormones for 19 months now. And I’ve been femme long before that.
Regarding the question, I feel like we’ve reached a weird tipping point in the last year for the transgender community against the mainstream media. Their authority and ignorance is finally being challenged.
I’ve followed pretty transgender faces for years. But there hasn’t been much personality until recently: Laverne Cox, Laura Jane Grace, Chelsea Manning. They’re really making transgender people — people.
And I really do have all the respect in the universe for Chelsea Manning, who right now is locked in two cages, not only by her body but by the U.S. government.
Monika: What was the hardest thing about your coming out?
Andi: Telling my parents. That was literally the hardest thing. I’m not even sure why. They’re pretty liberal. And they’ve easily accepted my older brother as gay. But being trans is... different. I was socialized within a society that made wearing women’s clothes unnecessarily embarrassing. But time shows, the hardest thing about coming out is the concept of it. Years will pass and you’ll forget it even happened.
Monika: Transgender ladies are subject to the terrible test whether they pass as a woman or they do not. You are a lovely lady yourself but what advice you would give to ladies with the fear of not passing as a woman?
Andi: I still fear I don’t pass. That fear is waning, albeit slowly. I’m not sure I’m comfortable giving advice I can’t follow myself. However, you’ll never be cis. We all need to accept that because it’s driving us mad. You are no less a woman than a cis woman. But you’ll never be cis. And that’s okay. If you feel like your body is broken, fix it. But don’t harp over factors you can’t change. Trans girls are fucking beautiful.

Monika: What do you think about the present situation of transgender women in the American society?
Andi: I don’t think much about the present situation of cis women in the American society. So there’s not much hope for trans women. What do I think? We need to all move to Sweden, where they respect gender equality, or bring that ideology here.
Monika: Could transgenderism be the new frontier for human rights?
Andi: It undoubtedly is. Marriage equality has become a centralized issues. Trans people are only now starting to whisper in the mainstream conversation. And marriage equality is the least of our issues. We have a lot to fight for. It could be. The question is, will any large organizations passionately mobilize around us?
Monika: Are you active in politics? Do you participate in any lobbying campaigns? Do you think transgender women can make a difference in politics?
Andi: I’m tirelessly educated on politics. But I’ve not overcome my ADHD enough to do something significantly productive with it, besides social outreach. I plan to get more involved as my life goes on. We can, only if we organize effectively enough.
Monika: Could you tell me about the importance of love in your life?
Andi: My love of science has kept me going. It’s the reason I want to wake up in the morning. There were so many nights I’ve wanted to give up; nights of tattered clothes and broken mirrors. But I loved too many people. I loved too many experiences. I loved breathing too much, even at times where it felt like I was suffocating.

Monika: Do you like fashion? What kind of outfits do you usually wear? Any special fashion designs, colours or trends?
Andi: I had a pretty bad shopping addiction that consumed most of my finances, if that answers the question. I hate to sound painfully generic. But I’m inspired by Tumblr.
I’ve always idolized the girls on there. I dress like a hipster infused with punk. I could live in Forever 21. Trends piss me off though, it’s out-of-style when I feel like it.
Monika: Are you working on any new projects now?
Andi: I’m working on an educational thought-provoking YouTube channel. It’s been in the works for awhile now. I have the first episode written but shooting it has proven to be troublesome.
It will be a series tackling science, politics, philosophy, spirituality, existentialism, etc. Of course, there will be a handful of videos about transgender issues, as well, likely in a broader context. I’m pretty good at connecting dots and that’s what I hope to do.
Monika: What would you recommend to all transgender girls, struggling with gender dysphoria?
Andi: The most important advice I could give is transition literally ASAP. Every day counts. We feel like we’re dying before we get to live. But science has allowed us to manipulate biology in our favor. Don’t let yourself be a victim of circumstance. Fight for it, no matter what it’ll cost you.
But above all: Cry because you’re in pain. Cry because it’s fucking hard. But don’t cry because you don’t feel like a gal. You are.
Monika: Andi, thank you for the interview!
Andi: Thank you for having me!